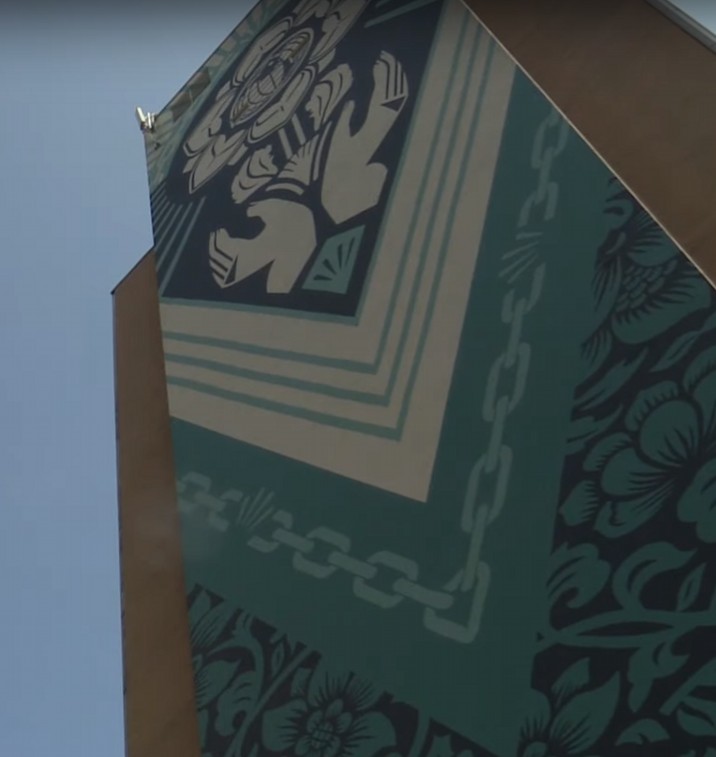 A towering mural created to ignite thought and conversation about the global climate crisis has brought new beauty to the face of a downtown Vancouver tower. The Burrard Arts Foundation on Thursday unveiled “Earth Justice” as the inaugural piece for its rotating Surface Series.

The 10,000 square-foot blue, turquoise and white piece features a globe ringed by a flower and supported by two hands, surrounded by stripes, foliage and broken chains. It covers 20 storeys of the west-facing wall of The Burrard Building at 1030 West Georgia. The artist, 49-year-old Shepard Fairey, is a social activist from the United States whose Barack Obama “Hope” poster went viral during the 2008 presidential election.