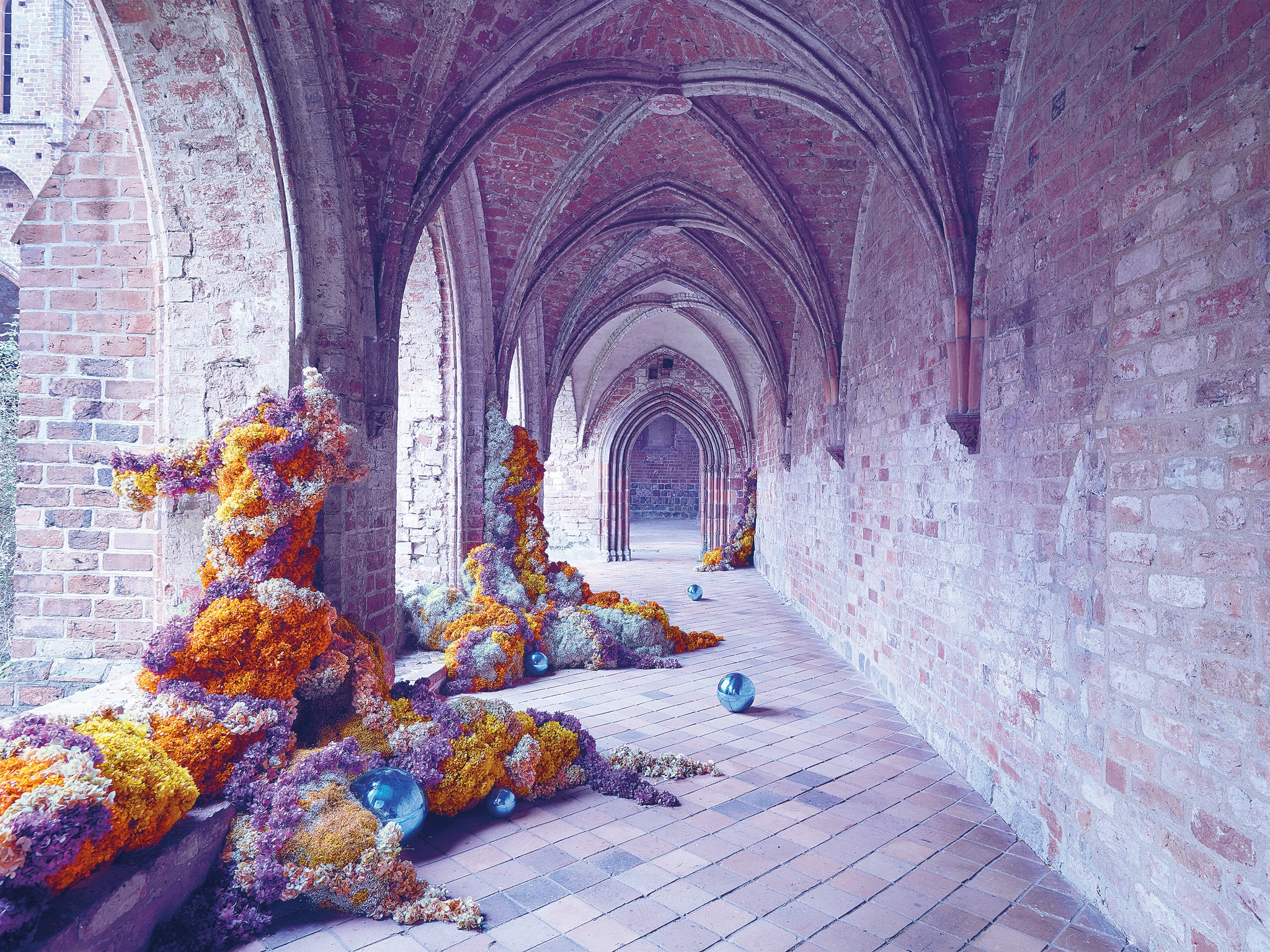 In recent years, once-tidy bouquets have become boundless, their diverse tangles of blooms, branches and weeds looking ever more like art installations.

A plate is dually useful, holding food or church collections, and so, too, is the cup, at once a trophy and a grail. But the vase has always simply held flowers, the vessel and its mate inseparable. Inside, greens stand upright, just as they grow in the fields, the reservoir of water at the bottom a magic trick that prolongs the illusion of life.

But what if the bouquet breaks free to snake up the edge of a door, lies on the tile floor like a thick, knotted carpet or gathers above our heads — an unruly poof of twisted, thorny stems and palm fronds laced improbably with purplish-black hydrangea — like a stop-motion explosion, miraculous and disorienting? What if we allow flowers to transmogrify into a sculptural medium like clay or marble or steel, unique in their ephemerality but ultimately just another organic formation?

“I almost can’t remember the time when I was a slave to the vase,” says Ruby Barber, 31, among the floral artists who have in recent years rendered the word “arrangement” quaint. The daughter of contemporary art gallerists, Barber moved from her native Sydney, Australia, in 2012 to Berlin, where, in her studio, Mary Lennox, she often crafts monumental Rorschach-like installations that seem not merely to defy gravity but to openly taunt it: armfuls of dried pampas grass, amaranth and loopy hops that hang from hooks on the ceiling; a geyser of translucent lunaria seedpods — glinting like silver dollars — in place of a chandelier in a Paris apartment; a staircase banister wrapped with cherry and orange boughs braided with Queen Anne’s lace. While she works with fresh flowers in the spring and summer, Barber finds herself increasingly using dried materials; their stiffness lends itself to abstraction and frees her from using imported commercial flowers from the Netherlands or China in the autumn and winter. “More and more, people want something that can be reused and have another life,” she says. “I have hardly been asked to do a regular table centerpiece lately, which I think is indicative of change in the air.”