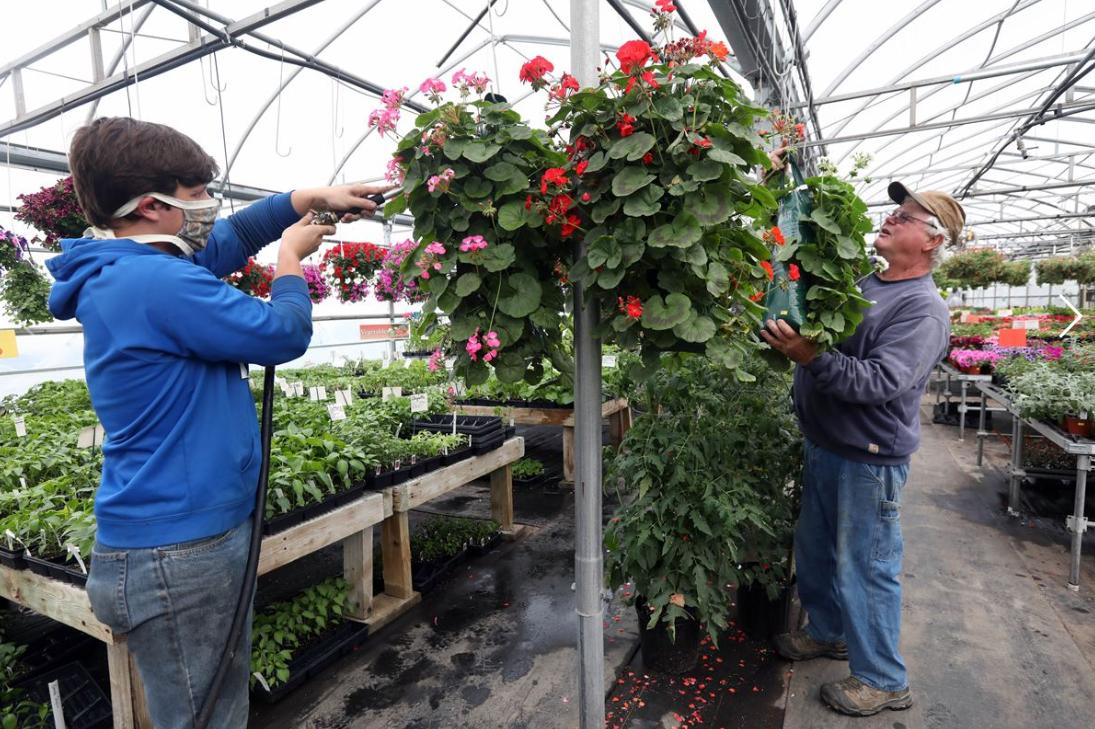 Flower sales go to a good cause, even after birding fest canceled

Tresa Reece left Bench Farms’ greenhouse Sunday with several trays of herbs and other plants, plus five voluminous baskets of bright wave petunias. “I’ll get these planted and then I’ll be back,” she said. “I’ll probably be here three times.”

Mrs. Reece, of Oregon, has visited the family-run greenhouse for about 25 years. On her next trip, she will likely go home with a number of pollinator plants, from which Bench Farms donates a portion of proceeds to Friends of Ottawa National Wildlife Refuge.

“This will be my first time for those,” Mrs. Reece said. “I’ll use them for the front of my house. I tore a bunch of stuff out to make room for them.”

This year, they have to sell the about 2,000 plants from their greenhouse instead of taking them to the wildlife refuge during the Biggest Week in American Birding.

The birding event was canceled amid the ongoing coronavirus pandemic. So the greenhouse is keeping track of pollinator plants sold and will cut the group a check at the end of the season, Mrs. Bench said.

“We’ve got to make the best of it,” she said. “They use those funds to support outreach programs, the things federal funds don’t pay for.”

Most of the business Sunday at the greenhouse, on Jerusalem Road east of Oregon in Jerusalem Township, consisted of people buying flowers as Mother’s Day gifts.

About a third of the stock of pollinator plants had already been sold before the holiday. People have been interested in supporting the wildlife refuge, but also in helping sustain at-risk pollinators such as bees and monarch butterflies.