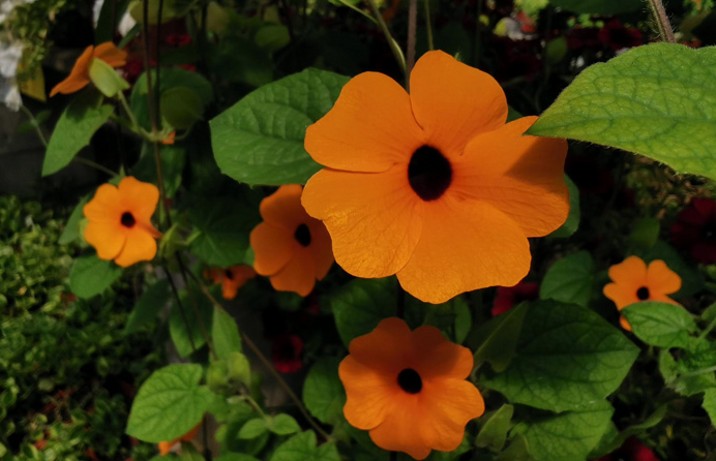 Though here in Manitoba we ogle over the beauty of the Thunbergia vine, in other parts of the world it is just your common weed, just another invasive species that is difficult to eradicate.

Thunbergia was discovered by Carl Thunberg on his journey set by the Dutch to discover new plants. Thunberg was a young student with a passion for botany. On his journey across the world Carl Thunberg stumbled across a gorgeous plant he had not yet set eyes on. Clock vine, Grandiflora, Alata, all different species later to be tied to the name Thunbergia, named after the discoverer. In the corners of South Africa Thunberg discovered the beauty of a wild vine that could not and would not be contained. In some areas where the flower is local it is simply a headache, a vine that could never be stopped. But in the areas where