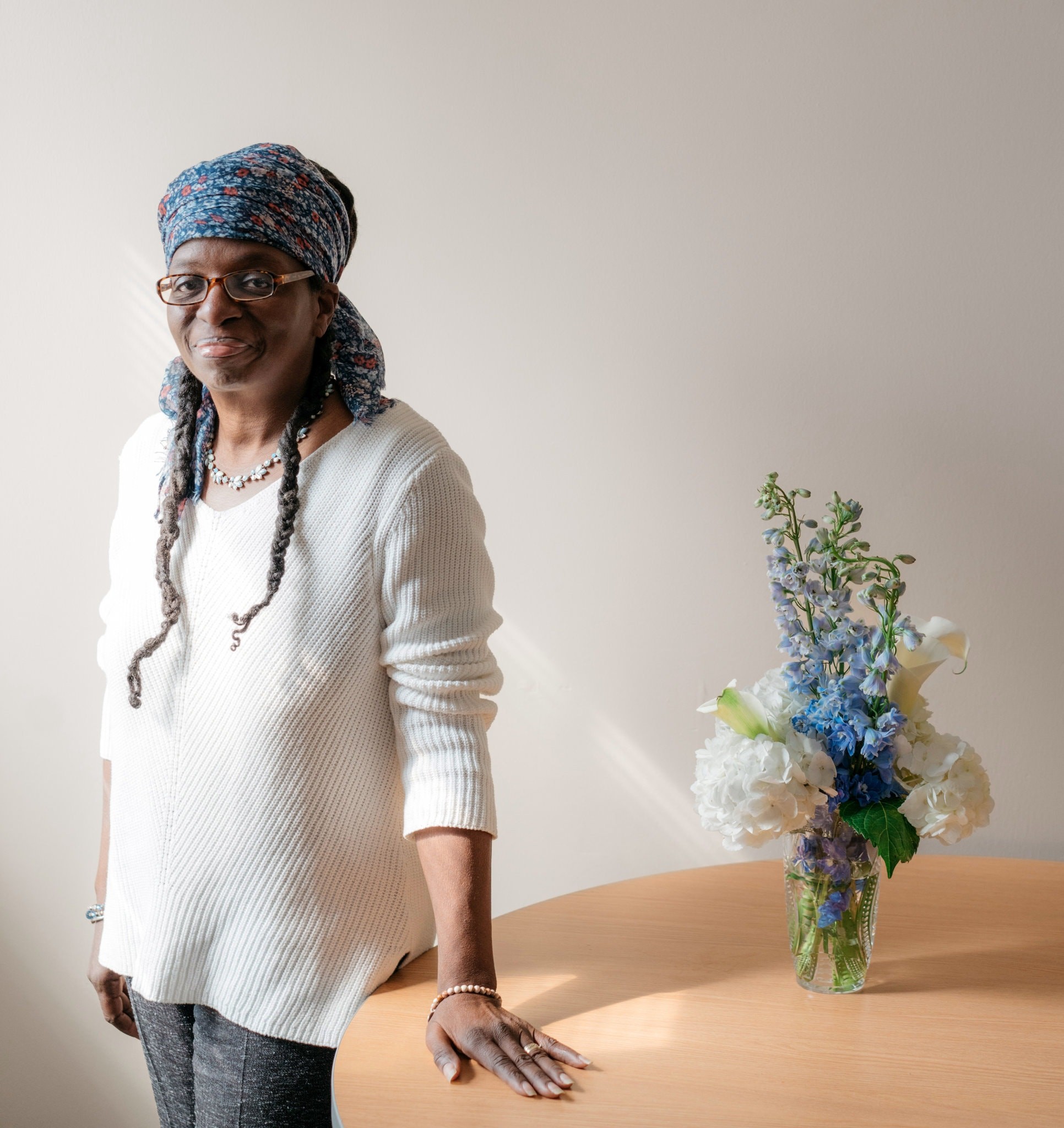 A Second Life for Flowers

As a form of therapy, arranging gently used blooms is enriching the lives of older and marginalized people.

The flowers come from all sorts of places: weddings, farmer’s markets, the online florist company UrbanStems, even a first lady’s luncheon. In the truck

she calls her “Bloom Mobile 1.0,” Kaifa Anderson-Hall recovers flowers from venues all over the Washington, D.C., area that would otherwise be discarded and gives them a purpose. After being preserved, often for weeks in refrigerators she keeps in the basement of a four-unit apartment building she and her husband own, those flowers take on their second job — in therapeutic activities with seniors, homeless women and people with disabilities around the city.

Part education, part art therapy and part wellness activity, Ms. Anderson-Hall’s nonprofit, Plants and Blooms Reimagined, represents an enticing intersection of a number of pressing social issues: conservation; combating isolation for elders, people with disabilities and other marginalized communities; and wellness. Ms. Anderson-Hall is a horticultural therapist, a practice based on the idea that working with plants, both indoors and outside, can have therapeutic benefits.

Ms. Anderson-Hall grew up in a Washington public housing complex where, she said, children weren’t allowed to play in the grass, chased off by property managers who wanted to preserve the aesthetic around the buildings. But she also lived just a few blocks from the 400-plus-acre U.S. National Arboretum. “We spent many days being free in this green space,” Ms. Anderson-Hall recalled. But it wasn’t until she joined a school program in fifth grade that she was formally invited into the arboretum, or more specifically, the Washington Youth Garden within it. There, she learned to grow food and manage her own 4-foot-by-6-foot garden plot, and decades later, she served as the director of that youth garden for six years.

Ms. Anderson-Hall became a social worker. Her positive experiences as a young person led her to creating and maintaining community and school garden spaces around Washington. But four years ago she had a realization: The people who most needed access to those spaces were also the least likely to seek them out. That realization was inspired by a chance sighting of a vehicle emblazoned with “Children’s Blood Mobile” passing on the street. But instead of a “D,” she envisioned an “M,” making it a Bloom Mobile. “It was very clear that my mission was to take this experience to where people are — those who can’t get out for myriad reasons.”

So rather than cultivating gardens and other green spaces, Ms. Anderson-Hall’s social work shifted its focus toward bringing nature to people who are marginalized, isolated and in need of support.

A short time later, Ms. Anderson-Hall connected with Sidra Forman, a local floral designer. Ms. Forman introduced her to a little-noticed resource that could facilitate this next phase of her work: 30 to 40 events daily in and around Washington where gorgeous and expensive flowers are arranged and displayed for a few hours before being discarded — well before reaching their peak. By working with Ms. Anderson-Hall, floral designers like Ms. Forman could offer their clients the added bonus of feeling good about what happens to the flowers once an event is over.

The reuse of flowers from weddings and other events has been growing in recent years. There are services and nonprofit organizations around the country that will help turn event flowers into bouquets for hospitals, nursing homes and the like. Repeat Roses, founded in 2014, will even ensure that the donated bouquets get composted once they reach the end of their glory. And Ms. Anderson-Hall has taken one important element of this work a step further: Her donations become the material for therapeutic workshops in floral arrangement for the predominantly low-income and African-American people she works with. “We’re a throwaway society,” Ms. Anderson-Hall said. “I want them to recognize there is still beauty in something that is gently loved.”

The American Horticultural Therapy Association is the institutional home for people like Ms. Anderson-Hall whose work focuses on the therapeutic benefits of working with plants. The organization has almost 500 members, says Matthew Wichrowski, who leads its research team. He’s also a senior horticultural therapist and clinical assistant professor at N.Y.U. Langone Health, where research is conducted about the therapeutic benefit of work like Ms. Anderson-Hall’s. In 2005, Mr. Wichrowski led the writing of a study that found that among patients in a cardiac rehabilitation unit, those who participated in a horticulture therapy activity showed a positive impact on their mood. Another 2005 study conducted by Rutgers University showed that flowers presented to older participants “elicited positive mood reports and improved episodic memory.”