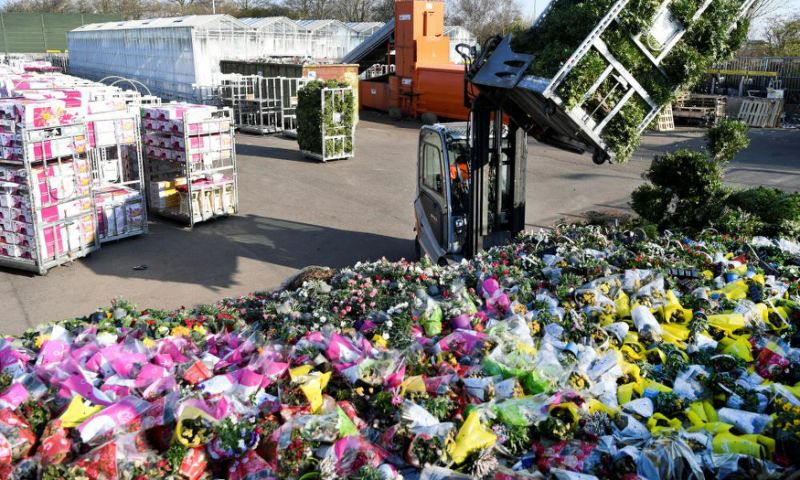 Passersby stepping out for exercise in the spring sun, company employees and hospitals are being given tulips, roses and chrysanthemums under a Dutch initiative to save the country’s flower industry and make life a little more bearable.

An idea devised three weeks ago by staff at a firm that manufactures pumps and valves in the village of Maasdijk, east of Rotterdam, has blossomed into a scheme involving more than 1,000 Dutch companies which have bought more than 1m flowers simply to give them away.

A handful of Belgian, German, British and Canadian companies have followed suit in recent days. Such is the interest that the Dutch minister for agriculture, Carola Schouten, has encouraged government colleagues to get involved. “Buy a plant or bunch of flowers for yourself or someone else,” she tweeted.

“We want it to grow,” said Michiel Brochus of Van der Ende, which instigated the scheme by buying 1,000 stems for its staff and challenging another three companies or individuals to do the same. Everyone involved is asked to publish a photo of their flowers on Facebook, Twitter or LinkedIn.

“All the companies do it differently”, Brochus said. “Some give the flowers to their employees, others buy for care homes or just give them away in their neighbourhoods … while keeping a distance.”