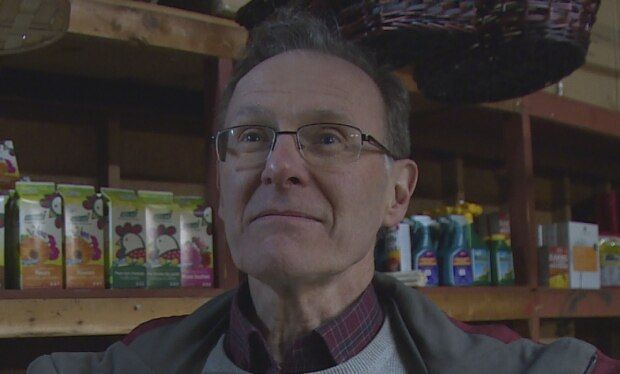 St. John's florist facing a slowdown plants the seeds for a new normal

Spring has sprung and, with the COVID-19 pandemic gripping the globe, gardeners — like everyone else — are finding themselves adapting.

has taken a dive since the pandemic started, and has put measures in place to keep customers and staff safe.

"We put in a really strict protocol about physical separation among staff members, working in different parts of the building, that they have to wipe down surfaces. Any time they're making a flower arrangement they have to wipe off the containers," Frecker said.

As COVID-19 reached the shores of Newfoundland and Labrador Frecker closed up shop after government ordered all non-essential businesses to be shut. After speaking with the province's Department of Health, Frecker said he was given some guidelines, including contact-free pickup, which allowed his company to move forward.

One person handles the phones while another deals with the orders themselves, Frecker said. But the market isn't where it used to be, and Frecker said it's not enough to keep all staff on board.

"The supply chains are really, really messed up. Like on the floral side we have fresh flowers coming in every week. We're getting sporadic shipments, mainly from Canadian suppliers," he said.

"The range of stuff that we have is not the same as it was three weeks ago.… The logistics of getting stuff to Newfoundland has become impossible."

Frecker said he has spoken to others in the industry who have decided to close completely due to lack of business.

One of the deciding factors to push on is the Holland Nurseries greenhouse. Frecker said his business couldn't risk not having staff to tend to the crop, as it's critical to keep seedlings alive.

Permission from the provincial government was granted to have the greenhouse remain operational, Frecker said, with limited staff safely spaced out.