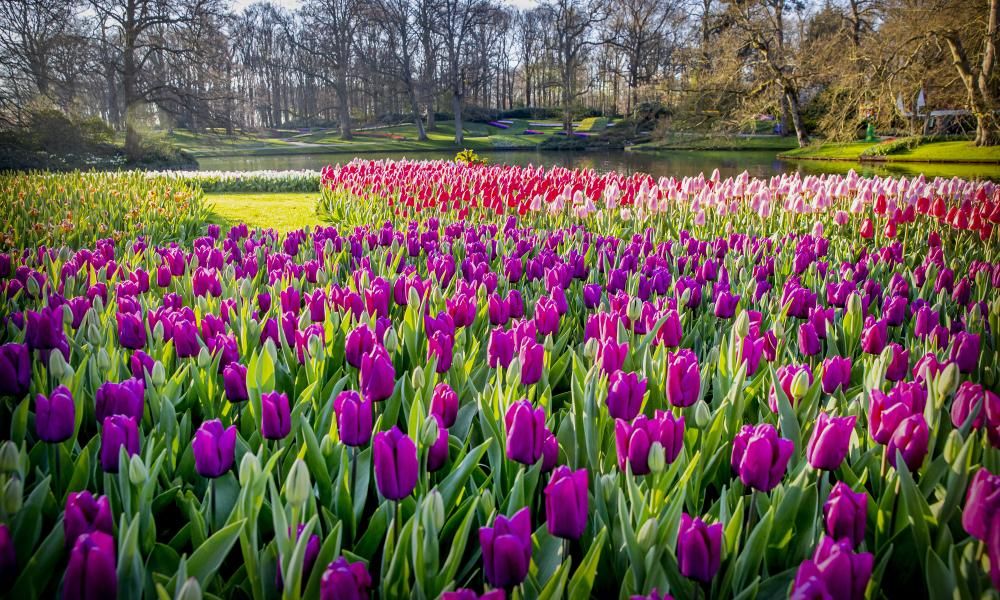 The 7m bulbs were planted and now the flowers are in bloom: tulips, daffodils, hyacinths, orchids, roses, lilies and more. Everything is ready at the Dutch flower park of Keukenhof – everything, except the

For the first time in its 71-year history, the renowned flower park in South Holland will not open to the public. Instead, managers hope to bring the park to the people via a virtual opening. Every week, three new videos are posted on social media showcasing the profusion of blooms in the English-style landscape park.

“Hyacinths, they prefer to stand in the foreground and the tulip always wants to stand slightly neat, but the daffodil just does not care. No fuss, nice, cheerful,” says gardener André Beijk in one video as he praises his favourite flower.

Another clip showcases the 500 tulip species that grow in the Willem-Alexander pavilion. It is a riot of peach-melba, cerise, orange and pale pink, with lily-flowered and parrot varieties of the best-known Dutch flower. Tulips exist in many colours, except blue or black, says another gardener, Michael van der Voet.

“Corona came to Europe a few weeks ago and we quickly realised that would mean Keukenhof cannot open this year, which is very negative for us,” said Bart Siemerink, the park’s director. “The timing couldn’t have been worse.”

Usually the park welcomes 1.5 million visitors from around the world during its eight-week season between March and May. This year it will not open for a single day.

Siemerink said: “The park is looking astonishing at this moment. It’s the best spring ever. We created a team to try to bring Keukenhof to the people at home instead of people coming from all over the world to visit the tulips in Keukenhof.”