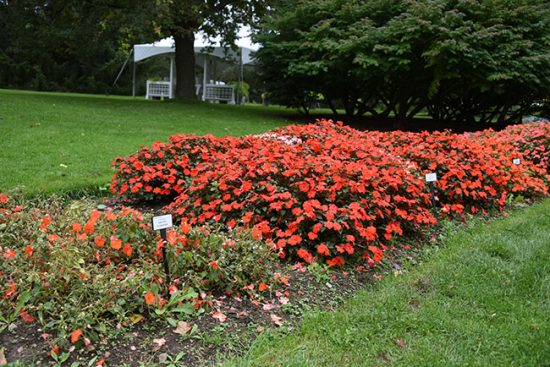 Floral attraction in the gardens

Multiple open houses for the public and the horticultural industry were held at the trial sites in Guelph, Milton and Burlington, Ont. during the first two weeks of August 2019. Grown in either containers or ground beds, the annual plants described here

attracted the most attention from visitors to the gardens during those weeks. They also exhibited exceptional performance during the growing season. Cool weather and extremely wet spring conditions ultimately delayed planting of the 2019 trial beds by approximately two weeks from what normally would have been expected. That said, as the growing season progressed, the growing conditions improved and allowed plant growth to catch up, providing a terrific floral display in August.