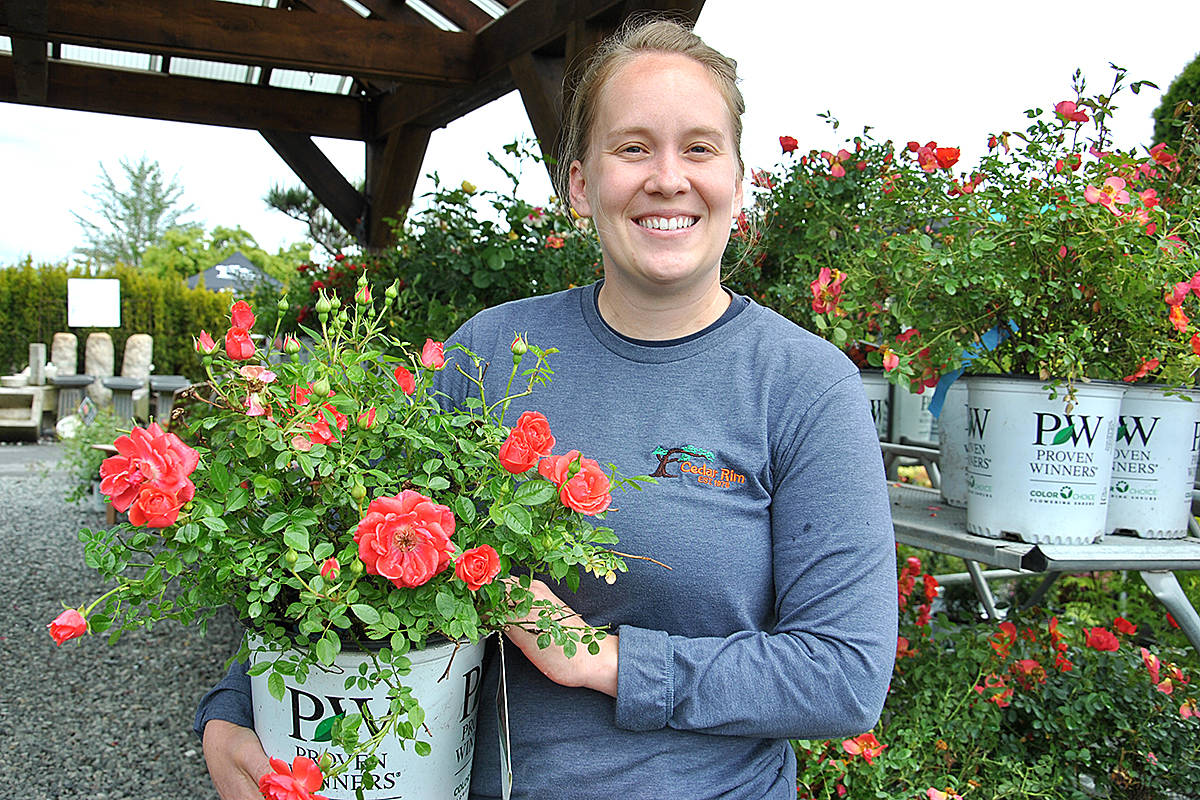 Admittedly, this spring planting season is one for the record books for the third generation of the Bruce family trying to figure things out in a new COVID-19 reality.  Kelsey Bruce and her family own Cedar Rim Nursery. They were initially a little nervous,

like most in the industry, when the virus hit B.C. At the beginning of their selling season, so many businesses were being given shut downs ordered by the province, admitted Bruce.

“Throughout the industry there was, yeah, a lot of nerves and people were pretty scared,” said Bruce, explaining that they’re part of a Canadian cooperative and have likewise kept in touch with a lot of growers and retailers across the country, as well as closer to home.

Thankfully, she said, B.C. garden shops – unlike some elsewhere in the country – were deemed an essential service.

And while having to revamp considerably how and what they were doing, Cedar Rim was able to stay open.

Again, unsure what to expect, Bruce and her family manoeuvred the new reality and never anticipated the onslaught of people who would come in.

“You always have that older demographic of true, true gardeners and they come in year after year, and they’re in their garden all the time. And now, to be getting younger groups coming up is really exciting,” she said.

The biggest demand this year, without question, has been for vegetables, Bruce said, and it’s primarily coming from that influx of new (many younger) gardeners anxious to get their hands dirty doing some planting and landscaping.

“Everyone just wants to have a vegetable garden this year,” Bruce said, noting that could leave her team a little light on veggie stock and seeds in coming days.