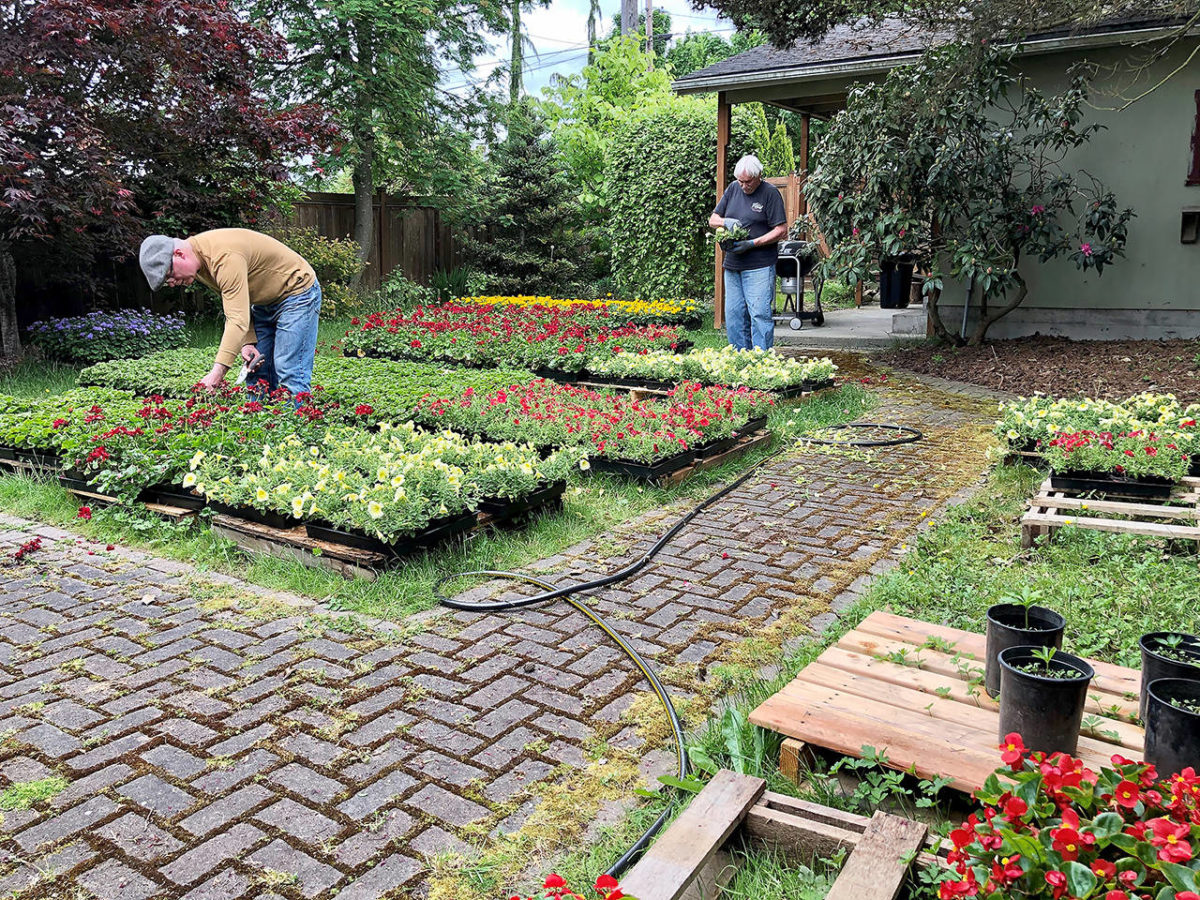 Everett will still bloom as helpers take on flower program

This question, part of a Q&A related to budget cuts, showed up May 1 on the city of Everett’s website: “Where are the Viva Color plants going if they won’t be planted this year?”  The official answer — “All plants will be sold via City auction until May 3”

With the devastating toll of COVID-19, the fact that Everett won’t be planting seasonal flowers isn’t anyone’s biggest concern. Still, in summers past it’s been lovely to see vibrant blooms in downtown planters.

Patrick Hall, president of the Downtown Everett Association, has a welcome answer regarding where nearly 2,900 plants once destined for the city flower program will go. Next weekend, they’ll be planted by association members and volunteers — in the city’s downtown planters along Hewitt, Colby and Wetmore avenues.

On April 22, the City Council approved $3.4 million in emergency budget reductions, a painful response to the coronavirus crisis. Closed, at least through 2020, are the Forest Park Swim Center and Carl Gipson Senior Center. Library services and staff were cut, arts events discontinued and the city’s annual flower program eliminated.

“We’re starting a flower program from scratch in a month,” said Hall, who spent a recent Sunday online as he bid for plants on the publicsurplus.com website. “The city is not allowed to give anything away. The flowers were auctioned off.”

The association, made up largely of downtown property owners, supports the revitalization of Everett’s historic core. Hall said the group paid $1,436 for the flowers, which he estimated have a value of about $10,000.

Kimberley Cline, Everett’s communication director, said by email Thursday that a “License to Use City Property” agreement for 2020 will allow the group to use the planter pots. The city “anticipates selling the planters through a competitive process later in 2020 or in 2021,” she said.

Hall wasn’t the only bidder in the plant auction. Flowers were sold to 231 bidders, 131 with Everett addresses, Cline said.