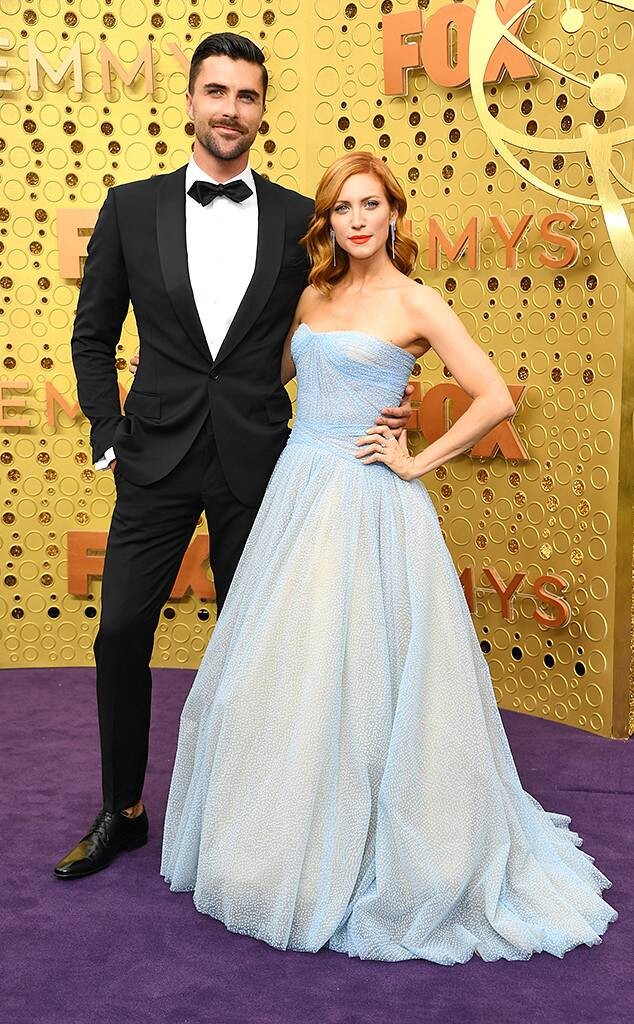 "It was a rainy day and the weather was cold, but it didn't dampen their spirits," an eyewitness told E! News. "Brittany wore a long sleeved white dress with a low back. Her hair was in a low bun with white flowers pinned in the back. Tyler and his groomsmen wore black tuxedos with Converse."

"The ceremony was scheduled to be on the lawn, but it had to be moved because of the rain," the eyewitness continued. "Instead, they said their vows on a terrace that had been covered. It was beautiful and rustic with white flower arrangements and views of the vineyards on all sides. Brittany and Tyler held hands as they recited their vows with their dog Billie at their sides. At the end of the ceremony, they held umbrellas and posed for photos. Then they walked through the vineyard with their wedding party and toasted with champagne and beers. They both looked very happy and excited about their day."

The wedding took place amid a coronavirus pandemic that has killed more than 6,000 people worldwide and infected more than 163,000 in more than 110 countries.

In the United States, where the death toll has reached 63, millions of people have self-isolated at home in recent days. California has implemented a ban on gatherings of more than 250 people until at least the end of the month, and people all across the country have postponed their weddings amid the pandemic.