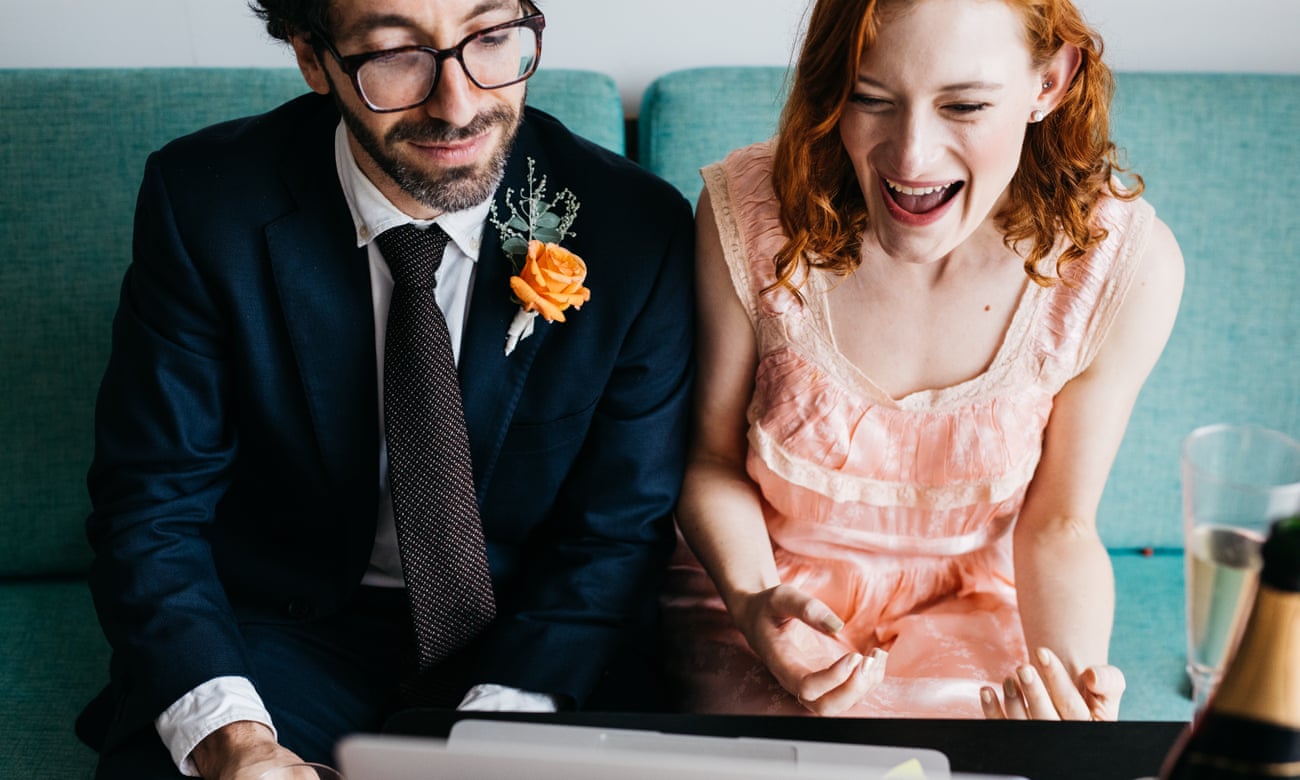 Covid-19 has robbed the world of so much – could we still have a dream wedding?

On 19 March, three things happened at once. Australia made the unprecedented announcement that its borders would close. Our plans to elope fell to pieces, like a virus touching soap. And our reasons for wanting to get married in the first place, much

like international borders, hardened from something porous into solid concrete. We wanted the protection of marriage, fast.

My partner and I were born 16,400km apart, in Newton, Massachusetts and Canberra, Australia respectively. This brings a frisson to our relationship – we spend hours swapping notes on the similarities and differences in our social milieus; we always have something to share that the other hasn’t seen; a reason to travel and a reason to come home.

As the daughter of an unwed couple who’ve been together close to 40 years, I’d always been sceptical about marriage. But being with someone from another country has a way of making it seem more like an administrative necessity. It’s not quite a guarantee, but marriage is a magic piece of paper that makes it that much more likely you’ll get to spend the rest of your life with the person you love, regardless of where you’re going, where you’re from, or how quickly you have to get there. With the possibility of tragedy edging closer, we needed that magic.

Between us we’ve lived in three countries and eight cities – there are people we love all over the world. Without an enormous expenditure of capital and carbon, we could never exchange vows without leaving somebody important out. If we eloped, at least everyone could feel equally angry at us.

Meanwhile, the world seemed to flatten – when all your communication takes place on the phone or through a computer screen, it doesn’t matter who lives up the road and who lives a 24-hour flight away.